Getting an IUD in Korea 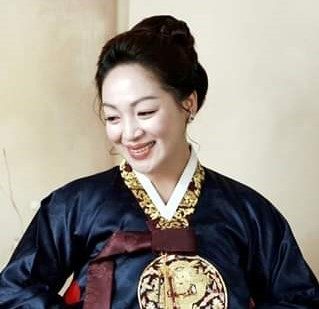 Getting an IUD in Korea

There are still lots of factors to consider before getting pregnant such as marital status, health, and being financially and mentally ready when raising a child. Family planning is very essential to establish an ideal home and to make sure that the parents are capable of addressing the financial, physical, and emotional needs of every family member.

Unexpected parenthood or unplanned pregnancy can lead to neglect and abuse of the child which has prompted advocates to make a stronger campaign and raise awareness on contraception options.

Before writing this article, I conducted a short survey among my acquaintances (foreigners and Koreans) on which type of birth control they are using and/or recommend. Most of them answered contraceptive pills and the IUD, so I decided to interview a foreigner who directly experienced the IUD (Intrauterine devices) from implantation to removal.

Ms. L (32-year-old ESL teacher, entrepreneur, and a naturalized Korean) was among my respondents who openly shared her IUD experience in Korea, and I am certain that her experience will serve as a useful guide in case anyone is seeking information about IUDs in Korea. After giving birth to her third child, Ms. L finally decided to ensure that another unplanned pregnancy didn’t happen again for health reasons. She consulted her gynecologist to get advice on which methods would be best.

Get Consultation from a Doctor about IUDs

Her gynecologist suggested getting an IUD because she wanted a contraceptive method that significantly reduces the risk of getting pregnant. The doctor told her that IUDs reduce the possibility of human error compared to other methods such as condoms and oral contraceptives.

The doctor presented and discussed the types of IUDs including the benefits and prices. Our body reacts to contraceptive methods differently, that is the reason why options were developed in order for us to achieve what we want while avoiding discomfort. Some of my respondents who are skeptical of injections and insertions prefer to take oral contraceptives while the rest opt for the IUD.

Types of IUD and average pricing

Note: the below price list is based on the respondent’s bill. Prices may vary depending on clinics

Miss L. chose Mirena over the copper IUD without hesitation because she had heard lots of better claims, reviews, and positive outcomes from Mirena IUD users. For complete details of each type of IUD, check the attached links below.

The Process of Inserting an IUD

After counseling, Ms. L finally opted to go for Mirena and went back to the hospital after a couple of days. She recalls that it felt painful but it was tolerable. The implantation of the IUD took less than 20 minutes including the prep time.

After the implantation of the IUD, she was advised and scheduled to visit after 3 months and then 6 months later to get checked if the contraceptive device suits her. She was not prescribed any medication after the process, so she went ahead to pay her bills at the cashier.

She was flabbergasted when her payment did not match her option. She chose the Mirena IUD but, to her surprise, the copper type was implanted. She immediately told the nurses that it was not the type she wanted. All the exchanges in the conversation were in Korean. The nurses were reluctant to accept the possible misunderstanding and tried to convince her the copper one was the same as the Mirena one. This raised a bit of an argument so the hospital finally decided to reinsert it the very same day.

Ms. L advised other foreigners to be keen and make sure of everything, especially if it is related to health and possible impact on our lifestyle.

After successfully reinserting the correct IUD she said that everything went well and almost all the benefits and claims of the device are real. When her last child turned 5 years old, it was about the time to remove the IUD device.

Getting the IUD Removed

When she went to the hospital for her last annual check-up, the location of the IUD was no longer in its proper place and it had been covered by body fat. It became impossible to remove it easily so they scheduled surgery to make sure the device was safely removed. Just like other surgical operations, she was told not to eat and drink at least 8 hours before the procedure. The whole process excluding the preparation took about an hour. She paid around 50,000 KRW for the removal of the device even though this was partly covered by the National Health Insurance.

Is Mirena IUD a good choice?

Most of my acquaintances are new to the Mirena IUD experience and most of them currently have no issues with it. I asked Ms. L of her thoughts, and she undoubtedly answered that she was satisfied. Despite some inconveniences from implanting and removal, she still thinks that this method is the most effective contraception without worrying about human error. She also recommends it as long as the body does not react negatively to the device and of course if you are comfortable with it. However, she decided not to insert another IUD for the time being, because of her bad experience when she first got it implanted. However, she cited that if she has to use contraception again then she would choose the Mirena IUD since she has been accustomed to the device without any negative side effects on her well-being.